In August 2015, I led a pilot program called the 30-Day Journey with 86 open-minded participants.

We explored the art of choosing stillness, gratitude, simplicity, and adventure with small-action, big-impact prompts along the way.

Some people shared a ton on how much it was impacting them, while some people stayed totally quiet. Part of me thought those silent folks got nothing out of it.

“I have big news to report from my Break Changer experience two summers ago!” wrote Karyn.

“At some point in the program, we were asked to reflect on the thing that scares us — that sneaks into our daydreams and gives us butterflies — and plan for it,” she typed.

“Well, my dad, (who’s been dead since 1984) bought this car — his first brand new car in Denver in 1968. I have always loved this car. No idea why. I had always planned to restore and drive it someday, but The Break Changer helped me get going. It’s in my garage right now, but this summer, it’ll be on the road. My goal is 50 days of driving in its 50th birth year.”

Karyn chose an adventure that she was always saying “someday” to.

She chose to listen to the thing that was kindly haunting her.

A month prior to getting moving on her dream, she went back home to Phoenix to visit her mom in the hospital. During her visit, she caught a glimpse of her childhood dream car, the ’68 Camaro that actually brought her home from the hospital after she was born. But after being broken by 245,000 miles, two teenage boys (her brothers), and then parked for 25 years, it was in total disrepair.

“Then, I saw your email after visiting home a few times, and that was the THING,” she said. “THAT was the silly thing that scared me, gave me butterflies, and snuck into my daydreams. And in that same email, there were hints to get you started. I picked the easiest one: publicly announce it.”

So, she told her friend about it.

Then, she contacted another friend — whose brother ended up doing the body work on the car, called a car hauler, scheduled a drop-off at the restoration shop in Denver, and bought plane tickets to meet the car hauler.

“I flew to Phoenix at 7 a.m., ate breakfast with my mom, went to a notary, signed over the title, and was back in Denver by 2 p.m. It was ridiculous. But it was MINE!” she said.

And in November of 2017, not only was Karyn able to drive the car for the first time since 1991, but it was her first time to ever cruise behind the wheel of that precious Camaro.

“I know it’s a material possession, but it brings me to tears and reminds me of my dad,” she said.

Here’s what she posted on February 14: 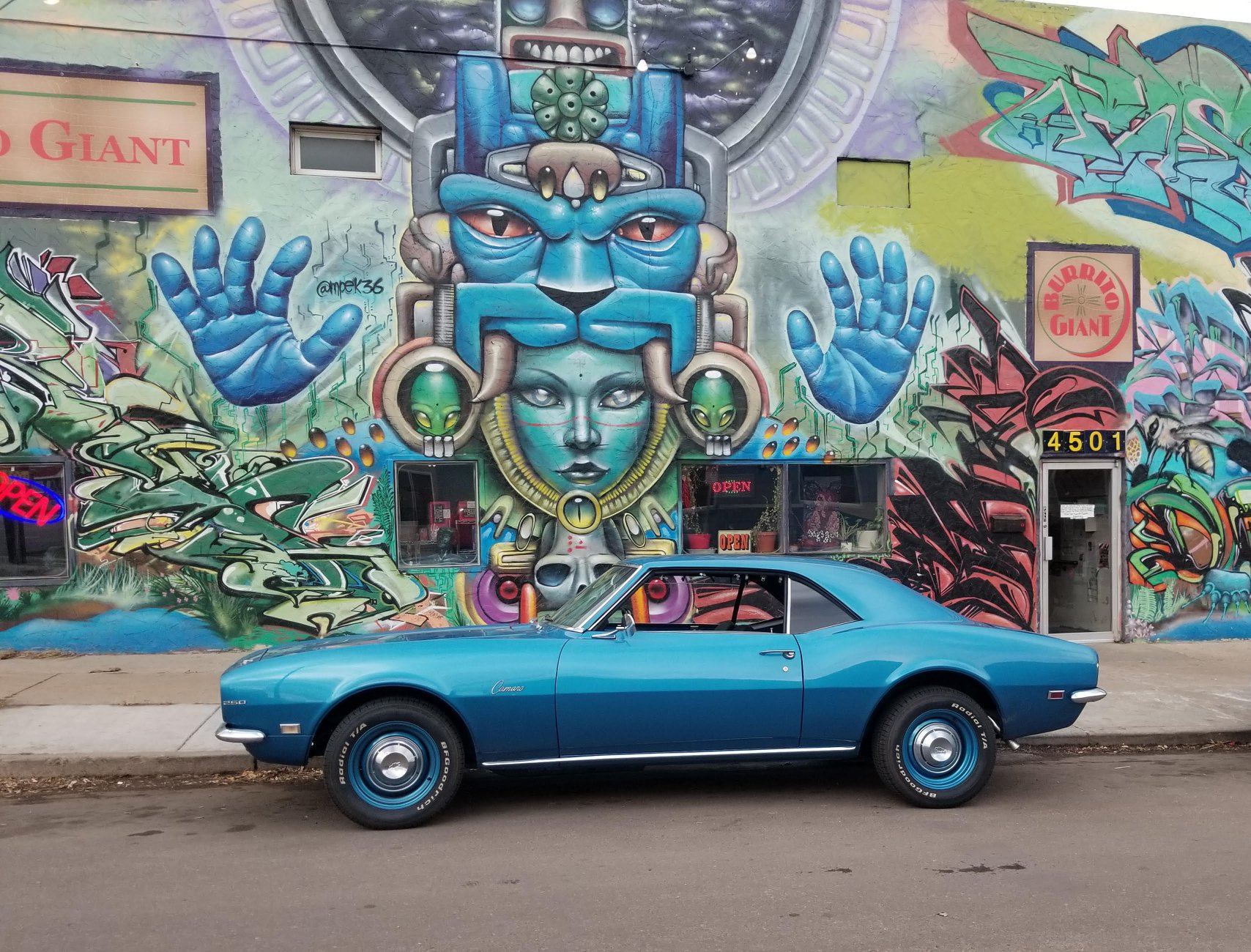 Day 38/50. I had a hankering for a breakfast burrito so off to Burrito Giant I went! A woman out front asked if she could take a picture of me driving so there’s another picture out there somewhere with me in it! #50drivesfor50years.
Gahhh! So amazing, right?

Adventure means something different for everyone, so what’s been coming up for YOU as you read this?

What’s the thing that scares YOU?
What creeps into YOUR daydreams?
What do YOU keep saying “someday” to?

If you’re up for it, I have a tiny, mighty dare for you:

Comment below and name the thing.
Or email me…and name that thang!

Put it in writing.